What Can a Criminal Defenses Attorney Do for You?

It can be easy to talk yourself out of hiring a columbus criminal defense lawyer. The expense alone acts as a deterrence. Courts allow defendants to defend themselves, and the facts of your case may seem so clear-cut to you that presenting them directly to a judge in your own words strikes you as the best way to go.

In the alternative, when you think about the whole thing long-term, it looks simple to just get the case over with quickly. You figure you will be able to get back to living your life sooner if you plead guilty and trust the prosecutor and court to show mercy by imposing a light sentence.

As a criminal defense attorney who practices in and around Columbus, Ohio, I understand each line of reasoning. At the same time, I strongly recommend at least consulting with a lawyer any time you have police contact that results in a traffic ticket or criminal charge. Never forget that your right to speak with an attorney starts as soon as police begin speaking with you.

A criminal defense attorney does much more for their clients than stand up in court and address the judge or jury. First and foremost, the lawyer protects their clients’ rights. Police and prosecutors must adhere to strict rules regarding the questioning and treatment of alleged criminals. Even more strict rules exist for collecting and presenting evidence. A criminal defense attorney spends much of their time enforcing these rules on their client’s behalf.

Second, a criminal defense attorney takes over the job of conducting the case for their client. The person charged with a crime either has a life to lead while their case moves toward trial, or they are in jail already. In either circumstance, the defendant will find it difficult to keep up with all the paperwork and other tasks that must be completed in order to ensure their case ends with the best possible outcome. Hiring a lawyer gives the defendant a legal ally who knows how to work within the system.

When a defendant’s rights are violated or when evidence is handled inappropriately, a criminal defense attorney may have grounds for demanding that the charges be dismissed. At a minimum, the lawyer can make sure that evidence that was gathered inappropriately will not be allowed at trial.

A third invaluable service a criminal defense attorney can provide involves negotiating a plea deal. Prosecutors often want to avoid going to trial as much the defendant does, but the offer a prosecutor makes will generally not do much to reduce the penalties. A defense attorney will push for lower charges and lesser penalties, as well as advise their client on whether accepting a plea deal makes sense.

On a final note, individuals charged with crimes should take a little time to identify the criminal defense attorney who is most able to help them. An excellent way to start that search is to find and read through websites for nearby law firms. Typing your city or state, the most serious charge you face, and the word “defense” or “attorney” into a search engine should return several options.

More than anything, you want to hire a columbus dui lawyer who has a strong track record of securing acquittals or favorable plea deals for clients who have been charged with the same offenses as you. For instance, I most often take cases that involve

I also help new and former clients expunge their arrest and conviction records, so they no longer face questions about past mistakes while doing things like applying for jobs, asking for bank loans, and securing housing.

If you need a columbus traffic lawyer or criminal case in Columbus Ohio and wish to speak to a lawyer, I can help. Knowledge and experience count for a lot when the stakes are keeping people out of jail. 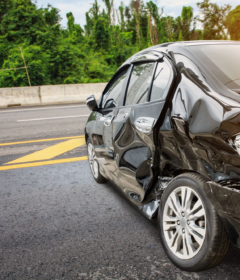